And they’re off: Hinkley Point C reaches another key milestone 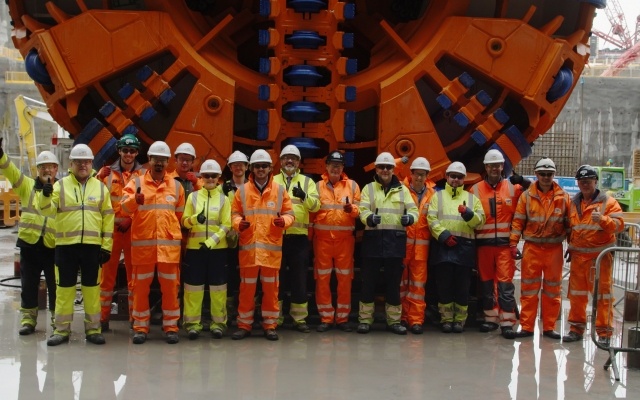 The team making the moment possible includes industry experts along with apprentices and graduate students playing a vital role in its success.
View | Download (838.85 KB)

Work has started to install the 38,000 concrete segments required to support the three underground marine tunnels at up to 33 metres below the seabed of the Bristol Channel.  Once complete, the tunnels will form a critical part of Hinkley Point C’s cooling system and will have the capacity to transfer 120,000 litres of water per second. Hinkley Point C will be the first power station in the Bristol Channel to include fish protection measures.

In a first for the UK and made at Balfour Beatty’s innovative manufacturing facility in Avonmouth, pre-fabricated nuclear-grade concrete segments will be constructed to ensure that each of the three tunnel boring machines is able to deliver significant efficiency savings whilst excavating over 11 tonnes of rock per minute.

The first machine has been named Mary by local primary school children. This was in honour of Mary Anning, a local palaeontologist and fossil finder who lived her life in Lyme Regis. Mary will be able to reach a maximum speed of 120mm per minute. The 1200 tonne machine will be run by 12 operators including a pilot, with supporting teams at the surface. The team includes industry experts along with apprentices and graduate students playing a vital role in its success.

Alistair Geddes , said: “This is a significant milestone, critical to the successful delivery of the first new nuclear power station in the UK for over 20 years. Having installed the first permanent segment ahead of schedule, this milestone is testament to Balfour Beatty’s expertise and to the collaborative approach required to deliver a project of this scale and complexity.”

Rob Jordan, Hinkley Point C Construction Director said; “The start of tunnelling at Hinkley Point C represents a hidden but vitally important milestone in the construction of the UK's first new nuclear power station in a generation. The achievement underlines the continued progress being made to ensure that Hinkley Point C will be ready to supply the UK with the reliable low carbon electricity that it needs to combat climate change.”

UK-based Balfour Beatty is contracted to three major packages of works at Hinkley Point C. It was appointed to deliver the electrical works package in a joint venture in 2015, the tunnelling and marine package in 2017 and most recently the 400kV overhead line project on behalf of National Grid in 2019.

EDF is investing in a wide range of low carbon technologies which will help the UK cut its carbon emissions . Its renewables business has 34 wind farms and operates one of the country’s largest battery storage facilities. Its eight existing nuclear power stations avoid around 20 million tonnes of C02 emissions each year.

In all energy generation methods, including renewables, carbon emissions are present throughout the entire life-cycle of operation from construction to eventual decommissioning. Hinkley Point C will easily offset the carbon emissions required for its construction and will have a lower carbon footprint than some renewable sources including offshore wind and large scale solar.

Hinkley Point C’s forecast carbon output over its lifetime is 4.8gCO2/KWh with 1.7gC02/KWh being borne from the construction stage itself. Fuel fabrication and supply makes up the majority of the remainder – 2.1gCO2/KWh, decommissioning 0.8gCO2/KWh and operation only 0.2gCO2/KWh.[1]

As well as tackling climate change by providing decades of reliable, low carbon electricity, Hinkley Point C aims to provide lasting social and industrial benefits. These range from increasing local employment, to the development of a sustainable regional supply chain and the advancement of new training facilities and qualifications. The 2019 Socio-Economic Report highlights the big efforts to build a pipeline of skills from schools to the site whilst ensuring economic benefits are available for the South West region and UK as a whole. 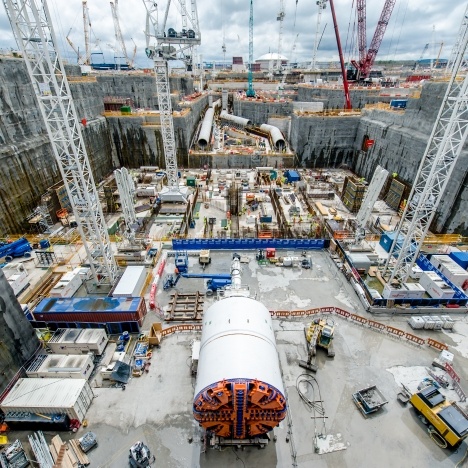 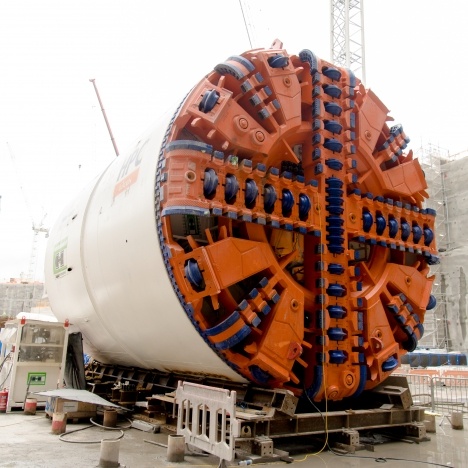 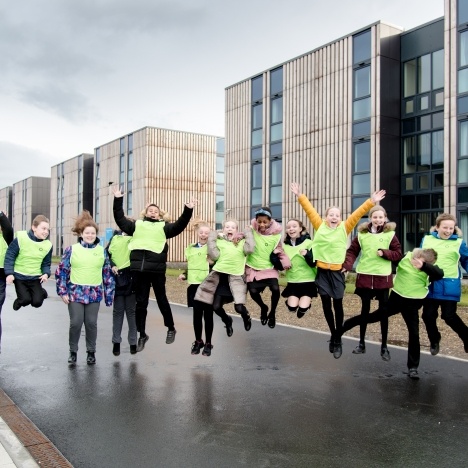 The first machine has been named Mary by local primary school children. This was in honour of Mary Anning, a local palaeontologist and fossil finder who lived her life in Lyme Regis.
View | Download (13.08 MB) 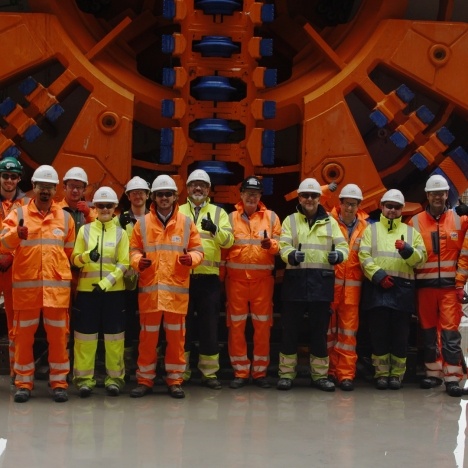 The team making the moment possible includes industry experts along with apprentices and graduate students playing a vital role in its success.
View | Download (838.85 KB) 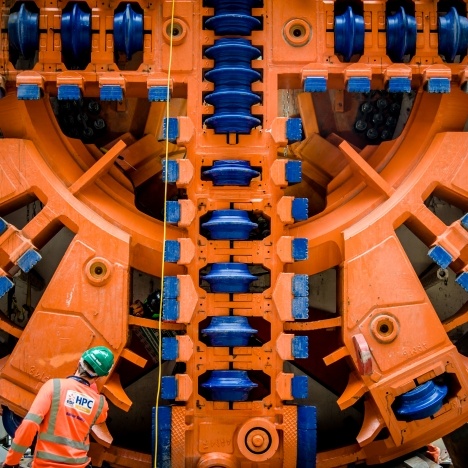 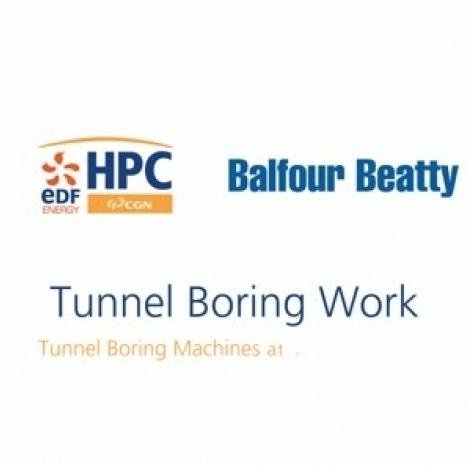 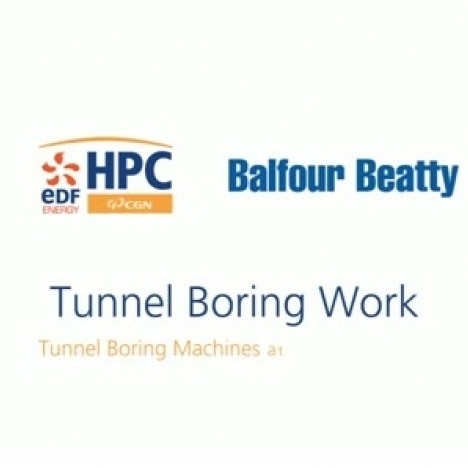 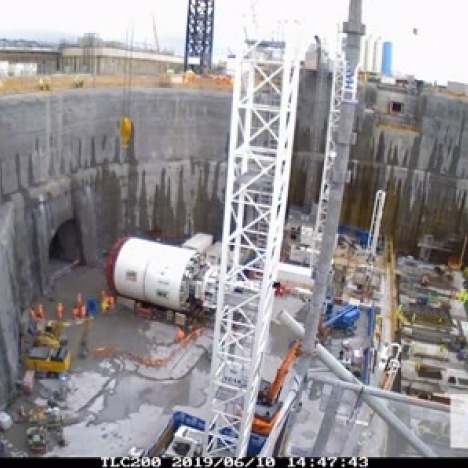