6th June, 2016 – Research released today by EDF Energy reveals that Brits are suffering from ‘Selective Savings Syndrome’. Despite putting in considerable effort to make savings on everyday items, the research highlights that people are selective about what items they save on, with a general lack of interest when it comes to researching and securing bigger savings.

Almost two fifths of UK household bill payers (38%) are put off saving money on everyday items if the process takes too much effort and they don’t have enough time. Yet the research reveals that in reality households are collectively spending 486 million hours a year in the pursuit of small savings, compared to just 89 million hours researching larger savings[i]. This is despite the larger savings involving more money saved and less time invested.

Respondents saved an average of 35 pence per minute searching for smaller savings such as groceries, eating out, clothes, petrol, entertainment, travel, across the year. They saved almost five times as much - an average of £1.68 pence per minute - by finding deals on larger items such as gas/electricity bills, insurance, broadband, rent or mortgage and mobile phone[ii].

Dr Peter Collett, behavioural psychologist, said, “Generally, we prefer to deal with smaller, more manageable tasks first, because there is a perception that they are easier to achieve, and to postpone the bigger, more onerous ones until later because they appear to be more daunting. This explains why we’ll frequently put off doing things – even if we stand to make considerable savings – and instead focus our attention on saving money by reducing our shopping bills with special deals and coupons.”

Looking after the pennies

Brits are willing to go the extra mile to secure small savings, with 36% taking their own snacks to the cinema, a savvy 24% buying their Christmas gifts a whole year early in the January sales, and a brave one in five (22%) admitting to DIY haircuts at home to save on the pounds. In addition, they love a freebie, no matter the monetary value, with 37% admitting that they help themselves to the complimentary shampoo and beauty products at hotels, and nearly a quarter (23%) taking home free condiment sachets from restaurants and cafes.

In terms of savings, the British public rate social activities high on their list of priorities, regularly looking for one-off savings on restaurant meals (46%) and days out (34%), saving an average of £20.30 and £25.20 a month respectively.

No energy to switch

Despite the urge to save money on everyday items, two thirds (62%) of Brits are unsure how much they spend on energy each year, whilst a third have never switched suppliers (27%). As a result, consumers could be wasting money by staying with the wrong supplier.

Almost half (47%) of those who have never switched think it isn’t worth their effort, believing the savings will be insignificant or the process too arduous, boring or there being too much choice. This is despite 58% saying they are motivated to save in order to stretch their money as far as possible.

Béatrice Bigois, Managing Director of Customers, EDF Energy explains: “This research shows us that time and effort are the main barriers to people switching energy deals, yet we are clearly taking more time to save on smaller items. To address this, we have made it quick and easy for customers to see what they can save by switching to EDF Energy. Through our EDF Energy App now they can scan their QR code, which features on energy bills, revealing almost instantly if they could be better off with us.”

Jasmine Birtles, TV finance expert, commented, “We tend to think of ourselves as a nation of savvy savers in Britain, but it looks like we should be thinking bigger and not sweat the small stuff so much. It’s great to watch the pennies day-to-day but saving £200 or so in the 15 minutes it takes to switch energy provider has to be a better way to build up savings. That money could give you a budget weekend away! I’m pleased to see EDF Energy actively helping people with this by enabling them to switch to a better deal.”

Dr Peter Collett, behavioural psychologist, added, “We often make the mistake of thinking that something like switching energy provider is a really difficult thing to do. It might seem easier to save money in a piecemeal way on everyday items, but it’s much less effective than tackling the really big expenses.”

EDF Energy’s Show Me Your Bill campaign aims to help customers save money on their energy bills, visit https://www.edfenergy.com/showmeyourbill to find out more information.

EDF Energy is one of the UK’s largest energy companies and the largest producer of low-carbon electricity, producing around one-fifth of the nation's electricity from its nuclear power stations, wind farms, coal and gas power stations and combined heat and power plants. The company supplies gas and electricity to over 5 million customer accounts and is the biggest supplier of electricity by volume in Great Britain.

EDF Energy’s safe and secure operation of its eight existing nuclear power stations at sites across the country makes it the UK’s largest generator of low carbon electricity. EDF Energy is also leading the UK's nuclear renaissance and has published plans to build four new nuclear plants, subject to the right investment framework.

These new plants could generate enough low carbon electricity for about 40% of Britain’s homes. They would make an important contribution to the UK’s future needs for clean, secure and affordable energy. The project is already creating business and job opportunities for British companies and workers.

Through Our Better Energy Ambitions, EDF Energy has developed one of the biggest environmental and social programmes of any British energy company.

In 2014 EDF Energy received seven ‘Big Ticks’ in the Business in the Community (BITC) Responsible Business Awards. In 2013 EDF Energy received the Environmental Leadership for Behavioural Change Award in the national Environment and Energy Awards and was highly commended in the first ever pan European Corporate Social Responsibility Awards scheme for its Sustainable Schools programme – the Pod.

EDF Energy is part of EDF Group, one of Europe’s largest power companies. The company employs around 14,000 people at locations across the UK.

To find out more about the UK's energy challenges look at www.edfenergy.com/energyfuture/ 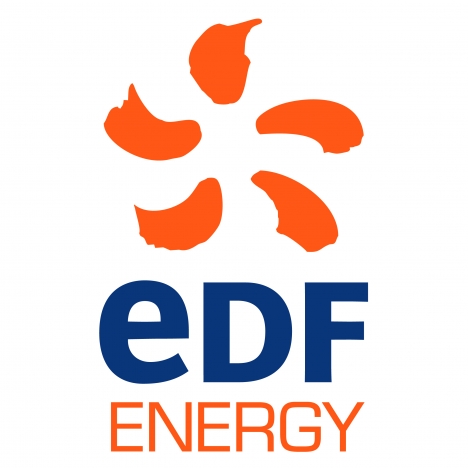