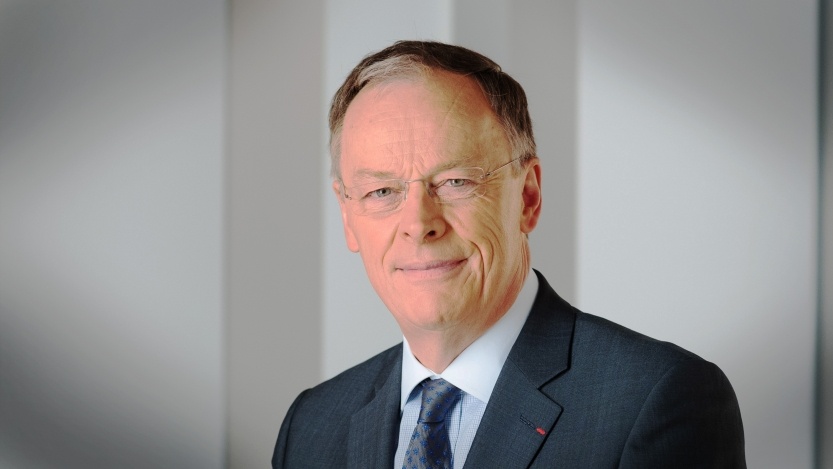 On a day described by Prime Minister Theresa May as a “historic moment” for the UK, Chief Executive Vincent de Rivaz gave a keynote address about the energy market.

It was probably no surprise to delegates at The Future of Utilities conference that Vincent made reference to the official start of the country’s exit process from the European Union. Indeed, he referred to it right at the beginning of his speech – A market built for the future? – which opened Marketforce’s 22nd annual conference in London yesterday (Wednesday).

“It is very timely that we come together to examine the future of utilities when so much around us is changing,” said Vincent. “As an EU national who has lived in Britain for 15 years, Brexit is not just a professional question, it’s also personal.

“I’m convinced that both the UK Government and EU leaders know very well that the three million EU citizens in Britain and around one million Britons living in Europe do not want to become bargaining chips.”

Brexit and the energy market

Vincent said he believed leaders were aware of the need to avoid the situation and knew:

Vincent said the additional complexities posed by Brexit will come on top of the existing challenges of the energy market. He addressed several of those challenges head-on, including the Government proposal to intervene in the energy market and take action on energy prices.

“EDF Energy has done more than many to engage customers. Almost half of our customers have actively chosen a fixed tariff – rising to 60% for vulnerable customers. For these customers and for us, it means something."

“But I can understand why the Prime Minister wants to consider doing more to make sure customers who still don’t really think about their electricity bill and especially vulnerable customers, are not left behind."

“It is important that any short-term measures don’t let the industry off the hook when it comes to delivering the long-term objective of a better market for all customers.”

Vincent also commented on the £11billion smart metering programme which the industry is about to fully launch and spoke of his concern over delays to the communications infrastructure – the DCC – which means millions more customers will get less digitally sophisticated meters than intended.

“We are all committed to make it a success because we understand the long-term potential. But we are also aware of the many challenges faced.

“It is our responsibility to maintain public confidence in the programme and keep costs under control.

“That’s why I think now is time for all the parties – Government, suppliers, regulator, DCC, providers of technology – to sit together and take stock on where we are.”

Following his address Vincent took part in a panel discussion and Q&A, together with other industry executives. His messages attracted the attention of journalists and industry observers including Emily Gosden, Energy Editor for Telegraph Media Group, who tweeted his remarks about delays to the smart meter roll-out, Brexit and Government intervention in the market.

Our blogs aim to provide practical advice and insightful content for anybody interested in energy issues relevant to business. Our industry experts regularly publish new content.

The Talk Power Team is here to keep our business community up to date on industry news, our Talk Power live events and to bring you useful information to help you manage your energy.

Could affordable energy storage unlock benefits for your business?A full house at our Talk Power event in London