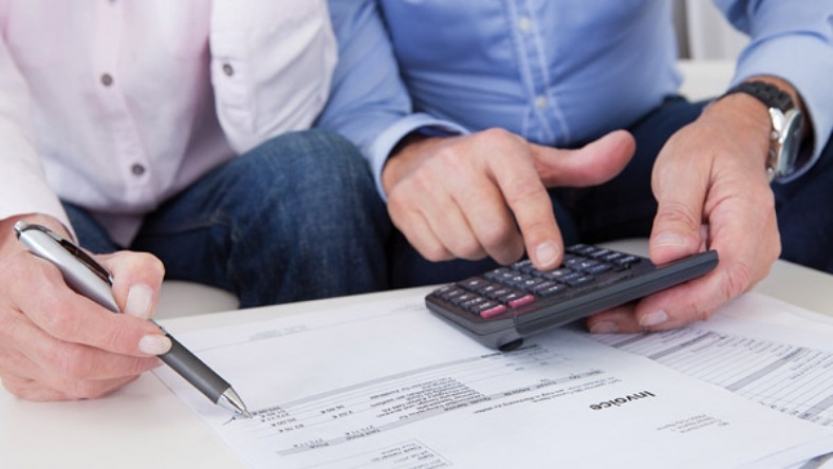 ‘Why are my energy prices rising?’

No wonder words such as ‘panic’ and ‘fear’ are being used by brokers to describe activity in the wholesale energy markets. We don’t want you to panic, but we do want to give you the facts – prices are going up, and they’re going up for fundamental rather than short-term reasons.

In this blog I want to talk about the events that have conspired to make 2016 one of the most volatile periods for energy prices. Then I’ll give you some practical advice on what you can do to mitigate these rising prices.

What is my wholesale power cost?

Wholesale power costs are the single biggest component of your electricity bill - around 45%. The remaining 55% is made up of a basket of non-energy (NEC) costs (some of which are also subject to fluctuating prices). 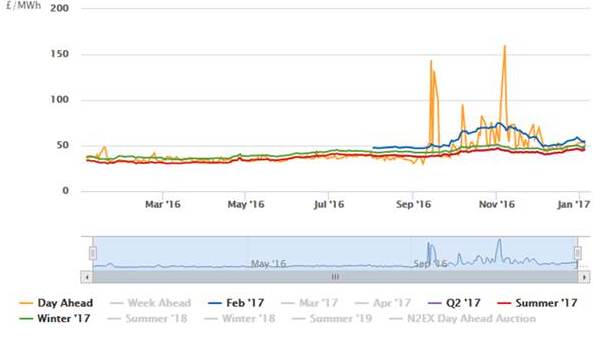 The return of volatility

In the three years prior to 2016, conditions were relatively benign for buyers, but volatility returned to the wholesale power market with a vengeance las t year. Marex Spectron (independent energy brokers) issue market alerts when energy prices spike. In 2015 they issued no alerts. 2016 was a different story – they issued nine alerts between April and November last year. And in their mid-September alert they reported UK short-term power prices to be at a fresh ten-and-a-half-year-high as outages, low wind and strong exports to France forced the  available capacity supply to extremely low levels.
Colder weather, a bullish gas market and a weaker pound meant that 2016 ended on a strong upward turn in price.
[Marex Spectron MarketPulse – mid September 2016 and early January 2017]

The effect of all of this on your electricity price in a new quote is dramatic. If you took out an annual electricity contract in 2015 it’s likely it’ll have risen 11% since January 15, 16% since June 15, 24% since September and 30% since November. So you can see the upwards trend. [portal.openenergymarket.com/CostPredictor/]

Here’s a summary of the type of events that affect your prices and what specifically has taken place this year in each of these areas:

Weather plays a major role in energy production. In Summer 2016 we had much hotter weather than expected, leading to high demand for cooling systems like fridges and air con as temperatures hit their highest level this year in many parts of the country, using up more supply than forecast. As concern grew for a shortage in winter supplies, so did the price.
[MarexSpectron MarketPulse - mid September 2016]

The price of coal has been falling since 2011, due to the closure of coal plants and increased reliance on renewables. In the third quarter of 2016 coal supply was down 28% compared with the third quarter of 2015 [BEIS, Energy Trends Sec 2: Solid fuels and derived gases, 22.12.16]. However, coal still accounts for 18% of electricity generation in the UK, reflected in your bill. Also, activity and demand in other parts of the world also affect the cost. European coal prices went up in 2016 due to high physical demand in China and Europe as well as the threat of Russian ports being frozen-in in the winter months.
[Marex Spectron MarketPulse, early January 2017]

Analysts predict that sustainability of coal price will be one of the defining factors for European markets in 2017.
[Timera Insight, 7 November 2016]

Linked to the above, coal plants are facing closure across Europe as governments tackle CO2 emissions but they are still the default go-to option when other, cleaner energy isn’t available. Coal and gas power station operators must buy European emissions allowances (EUAs) to cover their emissions.

The cost of EUAs rose in May amid expectations that issues with French nuclear power stations would increase fossil fuel-burn and therefore CO2 production in Europe.  Although they have since come down the continuing safety issues at French plants means they could rise again at any time.
[Marex Spectron MarketPulse early May 2016]

Power stations closing or being offline (mothballed) has a significant effect on the price of wholesale power because this reduces supply.

In October last year, the announcement that Switzerland’s largest nuclear plant would be offline until February 2017 and that Germany’s nuclear production would be down 40% due to refuelling in Q1 also set off a winter panic across Europe, causing UK prices to surge.
[Marex Spectron MarketPulse alert 06/10/2016]

Just under half of the UK’s electricity was generated by low carbon sources in 2016- the best year so far for clean energy in the UK. The report, commissioned by Drax and produced by researchers from Imperial College London, states that the renewable energy sector continues to grow. Wind, solar and biomass comprised 20% of the UK power market in the last quarter of 2016. Wind power comprised 10% of the low-carbon power, solar power produced 5%, biomass 4%, hydropower accounted for 1% and nuclear for 26%. [Edie.net, 15.11.16]

The problem is that all but biomass and hydro are dependent on weather and therefore impossible to control. If wind or solar energy drops off this has an immediate effect on short-term power costs and, it's worth noting, your NEC costs.

Looking ahead, there is set to be a strong relationship between increasing volumes of European wind capacity and greater power price volatility. Expect the power price to rise when wind levels are low and, conversely, falls to very low or even negative prices during periods of high winds.
[Timera insight 7 Nov 2016]

About 30% of the UK’s electricity comes from gas, making this fuel a major influence on the wholesale power price. [BEIS, UK Fuel Mix 22.08.16]

2016 started with an oversupply of gas which pushed prices down [Marex Spectron Market Pulse- mid January 2016]. But recent issues with the UK’s Rough storage natural gas facility as well as strong recovery in Europe mean that gas prices are also extremely changeable at the moment.
[Timera insight, 26 September, 2016]

Oil prices rose higher in the first week of 2017 on expectation that U.S. crude inventories are falling and signs that oil producers will stick to agreed output cuts.
[Reuters, 4 January 2017, London]

Fuels like coal and gas are traded in US dollars. So the strength of the pound versus the dollar affects their price. Usually the weaker the pound, the higher the wholesale power price and vice versa. We can expect both the legacy of Brexit and Trump’s election to play a major role in the performance of the pound and US dollar in 2017.

How to stay ahead in a volatile market

2016 was a game-changer for the energy buying landscape. With so much uncertainty, wholesale power costs can feel out of your control- you can plan a perfect picnic, but you can’t predict the weather. However, there are immediate and practical ways to combat rising costs.

Here are three ways to weather the storm:

2017 could bring its own set of challenges so it’s worth acting now to stay on top of a volatile market. Whether you do one or all three of the above you will put yourself in a better position than playing the waiting game. Talk to us today about how we can help prepare you for the year ahead.

See what makes up your energy bill: log in or register for Market Insight to view our Power and NEC cost infographics.

Phil Valarino heads up EDF Energy’s Business Sales. The team undertakes an extensive range of contracting and account management activity across a broad spectrum of B2B customers, both in UK and Europe. He has over ten years of experience across the energy industry having held various positions across Sales & Marketing both in the UK and France.

Why Demand Side Response should be top of your new year’s energy strategy in 2017 Could affordable energy storage unlock benefits for your business?