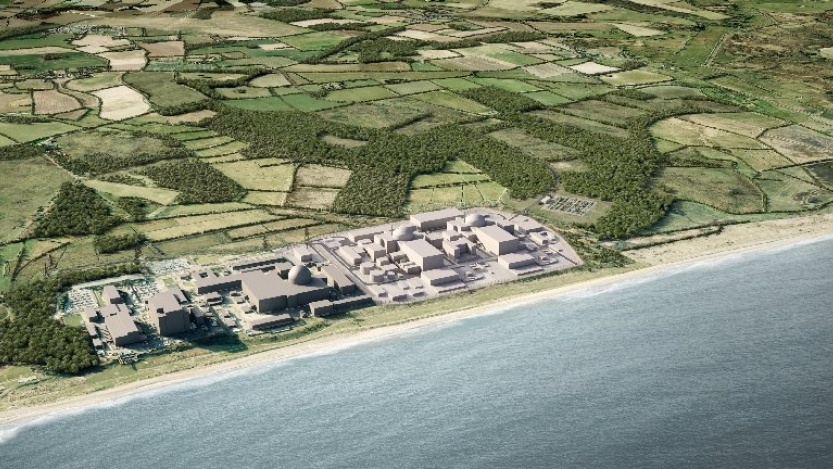 EDF Energy gave an update on its new nuclear projects in the East of England at the annual EEEGR conference this week.

Tom McGarry, Head of Communications for EDF Energy’s Sizewell C project, gave the latest updates on the Sizewell C and Bradwell B projects to hundreds of businesses gathered at the Norfolk Showground on Wednesday.

He told the conference: “Nuclear power has been an important part of energy generation on the East of England coast for many decades.  EDF Energy’s investment in its nuclear stations has helped them deliver a remarkable performance.  Last year at Sizewell B we achieved a UK nuclear industry record for any one station with 100% availability delivering power to 2.6m homes for a year.  The station generated this low carbon energy for 499 days without any interruption.

“We want to invest more in this region.  Working alongside our long term industrial partners CGN we want to develop Sizewell C and Bradwell B nuclear power stations.”

EDF Energy has now completed the second stage of public consultation for the Sizewell C project which would be capable of delivering power to 6million homes.  The company met with over 3,500 people during the consultation which was completed on 3 February.

Tom McGarry continued: “We will now take the time necessary to fully consider all the feedback from the Stage 2 consultation on Sizewell C we have received, in order to shape the proposals we will develop for further public consultation. This will be a detailed process and shows our commitment to genuine consultation and listening to our stakeholders.”

Tom Greatrex, NIA CEO, spoke at the conference today. He said; ‘The nuclear industry is an important part of the UK energy mix both now and the future. It is a long term industry providing reliable, low carbon energy generation. Sizewell B was the latest nuclear station to be built in the UK but now we have Hinkley Point C under construction delivering new opportunities to the UK supply chain. We can see the economic boost the industry provides not just in the regions where they operate but throughout the UK.”

In January The Department of Business, Energy & Industrial Strategy confirmed that the nuclear regulators have been asked to begin the Generic Design Assessment (GDA) for the UK HPR1000 nuclear technology which is intended to be used at Bradwell. The GDA process will take a number of years to complete but this marks a first step in the robust and thorough process to seek permission to build a nuclear power station at Bradwell in Essex.

EDF Energy is a member of EEEGR and is a sponsor of the annual conference.

EDF Energy in the East of England

EDF Energy operates Sizewell B power station which employs 550 staff and 250 contracting partners.  Sizewell B brings £40million every year to the local economy and more through contracts awarded to local firms during refueling and maintenance work.

EDF Energy has completed Stage Two consultation for Sizewell C which would be capable of supplying power to some 6 million homes and would employ 900 staff when operational. Over 1000 responses have been received on the proposals. EDF Energy and China General Nuclear Power Corporation (CGN), long-term industrial partners, are together intending to develop a new nuclear power station at Bradwell-on-Sea, Maldon in Essex.  The project is currently at a pre-planning stage and it will be several years before any detailed proposals are produced. At present, there is no defined timeline for this although thorough consultation with the local community and the local authorities will be key to progressing any proposals.

The next refuelling and maintenance outage at Sizewell B is scheduled for November 2017.  These outages happen every 18months. As well as generating enough power to serve some 2.5million homes the company also provides gas and electricity to 270,000 customers in this region with over half of those opting for one of the company’s Blue+ products which are backed by low-carbon generation. We make sure we buy enough electricity generated from a low-carbon nuclear source to match every unit of electricity we estimate our Blue customers use. EDF Energy is proud to power up some of the largest companies in the UK, including sites for Tesco Stores Limited, Ministry of Defence, Morrisons and Cambridge University Hospitals NHS Foundation Trust right here in the East of England. Following a landmark agreement with Network Rail the company also provides nuclear-backed Blue energy to power up the UKs electric rail network, covering most of the south east of England and the main lines from London to Edinburgh and Glasgow, as well as the Merseyrail network around Liverpool and the Glasgow suburban network.