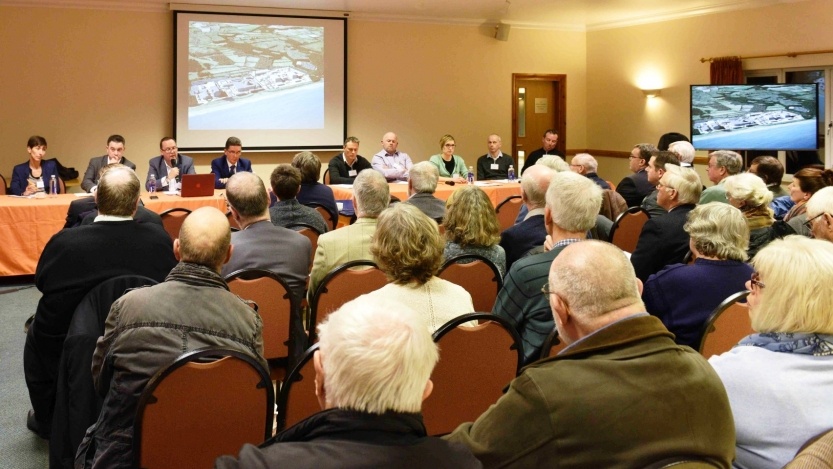 Dozens of leaders from parish, district and county councils across East Suffolk met last night for the Sizewell C community forum held in Stratford St Andrew to discuss the latest proposals for the proposed nuclear power station with the project team.

The meeting follows the final public exhibition which was held earlier this week in Trimley St Martin with the formal consultation period continuing until 29 March 2019.  Over 4,000 local people have visited one of the 14 exhibitions which launched on 4 January.

The community forum heard from Sizewell C project development director Jim Crawford about changes to the proposals since Stage 2 consultation covering key areas such as transport and environmental mitigation.

The group heard why a jetty was no longer proposed for environmental reasons:

Parish Councils asked how they could engage more in the planning process and Carly Vince, EDF Energy Chief Planning Officer, advised:  “EDF Energy has provided funding to Planning Aid England to provide bespoke, independent and free guidance and advice to local parish and town councils during the consultation.”

Community Forum Chairman added that the feedback received from this round of consultation would be shared at the next forum in late summer.

Stage 3 consultation for Sizewell C will run for 12 weeks from 4 January to 29 March 2019 and will include 14 exhibitions across East Suffolk.

EDF Energy established a Sizewell C Community Forum for the discussion of local issues during the planning process between EDF Energy, elected representatives of the local community and other stakeholder groups on the proposed development of a new nuclear power station at Sizewell.

Brian Stewart, former chief executive of the East of England Regional Assembly, is the independent chairman of the Community Forum.