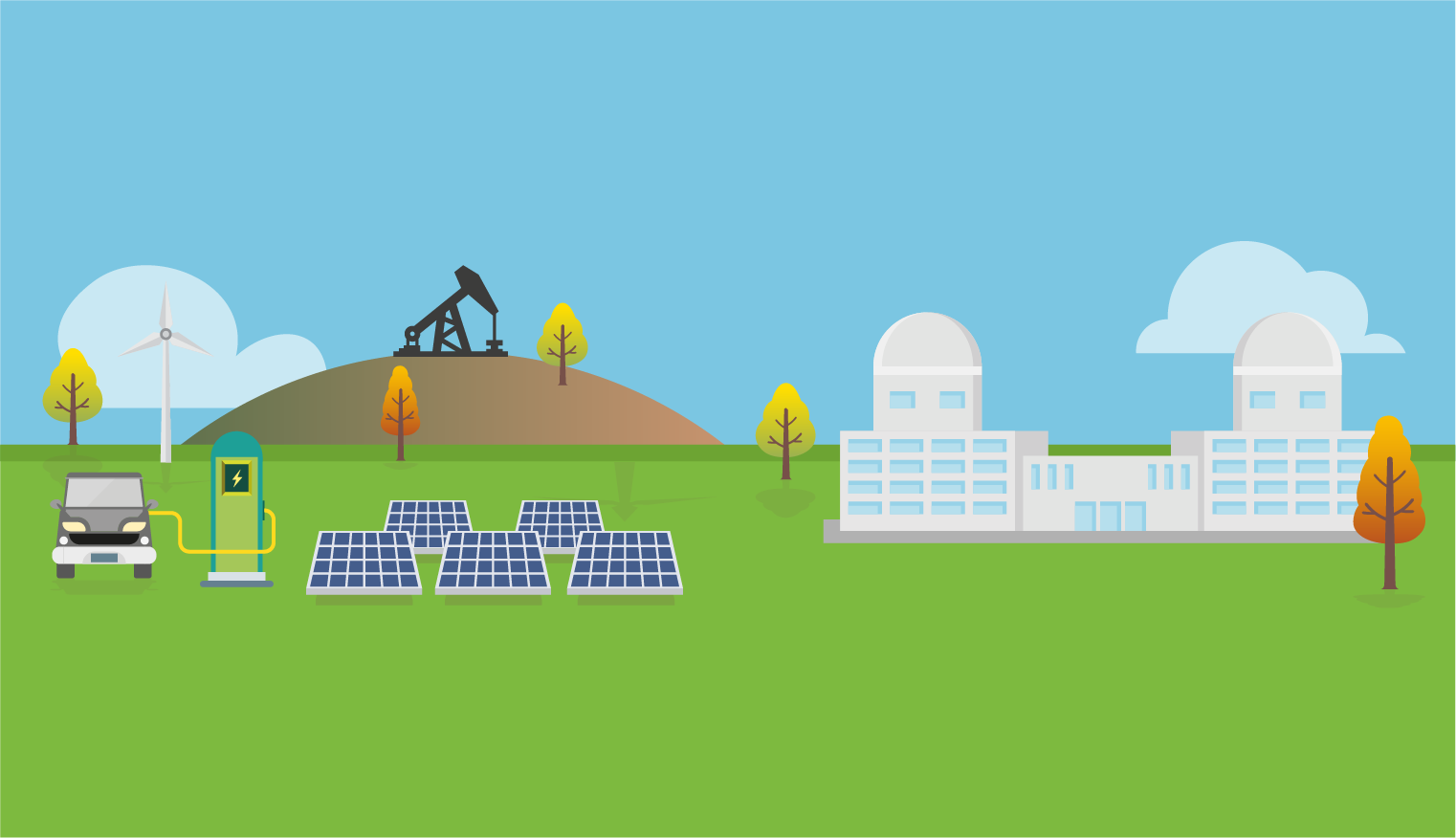 Here’s why the low-carbon energy that will be produced at Hinkley Point C is vital to helping tackle climate change as part of our future energy mix.

WE HAVE TO TACKLE CLIMATE CHANGE

The threat of climate change, bringing extreme weather patterns and potentially devastating consequences worldwide, is in the news more than ever before.

Greenhouse gases including carbon dioxide are a major factor in global warming and climate change.

Most of the world’s man-made carbon emissions are released by burning fossil fuels – from coal, oil and gas – for electricity, heat or transport.

To play our part as a nation, the Government has committed to cut UK carbon emissions to Net Zero by 2050.

Net Zero is the Government target for at least a 100% reduction of greenhouse gas emissions (compared to 1990 levels) in the UK by 2050.

Renewables are generated from natural resources such as the sun, wind, and water, and are naturally replenished.

Fossil fuels are formed from the remains of ancient plants and animals and can’t be replenished.

WE NEED TO KEEP THE LIGHTS ON

Last year, total UK electricity production stood at 335 terawatt hours – with around half coming from low-carbon electricity including wind, nuclear, hydro and solar power. This still leaves us heavily reliant on polluting gas in electricity generation and for heating, and on petrol and diesel for transport.

Switching to electric and hydrogen power instead of oil and gas for transport and heating means we’ll need a lot more electricity in the future. However, the wind doesn’t always blow and the sun doesn’t always shine so renewable power can’t get us to Net Zero alone.

Backup power is an extra expense. The Committee on Climate Change says that around 40% of electricity needs to be reliable and nuclear is the only proven and reliable low-carbon technology available, although it is hoped that other technologies may be able to play a role in the future.

WE NEED A DIVERSE ENERGY MIX TO REACH NET ZERO

The two main sources of low-carbon energy are nuclear and renewables, which includes solar, wind, hydro and tidal energy.

Together with nuclear, low-carbon sources contributed 53% of UK electricity generation last year. The remaining 47% came from fossil or other fuel sources.

People and businesses everywhere will have to adapt their habits to tackle climate change by cutting energy consumption, decarbonising heating and transport and switching to electric or hydrogen vehicles. Hydrogen can be made using low-carbon nuclear or renewable power. We will all have to stop polluting coal, oil and gas.

Countries like Sweden and France that currently use nuclear and renewables together have already successfully cut their carbon emissions from electricity generation. Countries relying on renewables alone like Germany have spent billions with little impact on emissions and they remain reliant on coal and gas when there is not enough wind and sun. EDF Energy is investing heavily in both renewables and nuclear in Britain and around the world.

It’s the world’s biggest low-carbon electricity company, operating more than 30 wind farms in the UK with plans to double its renewables capacity in the country.

Hinkley Point C is the first in a new generation of nuclear power stations to be built in the UK and the first to be built in a generation. Experience from around the world shows that repeating designs can cut construction and financing costs – that will make successive plants cheaper for consumers.

These figures take into account any carbon emissions produced during construction of the power station. Its overall carbon impact is about the same as onshore wind.

When it comes online, Hinkley Point C will provide low-carbon electricity for around six million homes. That’s 7% of the UK’s electricity demand.

From solo start-up to booming business

A safer way to help a local hospice

Efficiencies in the making

Low-carbon energy on the agenda