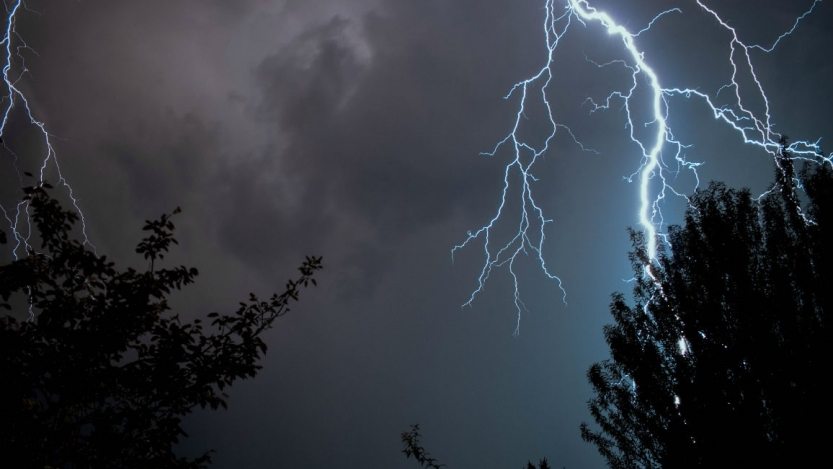 Natural hazards have the potential to cause significant damage to the UK’s infrastructure, substantial economic impact and major disruption for affected households and businesses. Storm Desmond, which struck the UK on 5-6 December 2015, broke the record for maximum rainfall within a 24-hour period (341.4mm at Honister in Cumbria). In total, 5,200 houses were flooded in Cumbria and Lancashire with tens of thousands left without electricity for several days [1]. Many major roads and rail lines were also flooded across the north of England and Scotland [2].

Flooding caused by extreme rainfall represents only one of the natural hazards that could have an impact on the UK. Other hazards include extreme wind coastal flooding, lightning, volcanic ash and space weather to name but a few. Another recent example is the travel disruption caused by the sequence of heavy snow falls over the UK in early 2018.

Why is EDF Energy specifically interested in natural hazards?

Safety is an overriding priority for us and as such we need to ensure the safe operation of our gas, nuclear and renewables fleet in the face of these varied natural hazards. Broadly, this means that each piece of infrastructure needs to have protective measures in place to ensure they are safe against the impacts of natural hazards. EDF Energy Research and Development (R&D UK) team has a designated division, the Natural Hazards and Environment group, whose role it is to support engineers from across EDF Group with analyses of the risks posed by a wide range of natural hazards and to ensure that best practice in this area is shared across the whole of EDF’s fleet.

One of the main competencies of the Natural Hazards group is to provide expertise in an area of statistics, called extreme value analysis, which can be used to estimate the probability of extreme natural events. This particular area of statistics goes beyond standard statistical models that are often used to model ‘normal’ values, such as the Normal distribution. Distributions such as the Normal distribution are ‘light-tailed’ which means that they are likely to underestimate the intensity of extreme levels which could lead to under protection of important infrastructure.

In a nuclear context, the Office for Nuclear Regulation expects a nuclear power plant to be protected up to what’s referred to as the ‘10,000-year return level’ i.e. an event we would expect to observe on average once every 10,000 years. In most situations, this level is higher than the maximum observed value ever recorded. Extreme value models allow us to reliably extrapolate outside the range of observed data series.

But there can be issues when trying to use this type of statistical modelling. The main issue is data availability; extreme events rarely occur and this means there are few data points available. A consequence of this is that there can be a large amount of uncertainty with return level estimates, especially when we are expected to estimate the 10,000-year return level.

Innovating with R&D on natural hazards

The Natural Hazards and Environment group is pushing ahead to innovate in the area of extreme value analysis and overcome some of the problems mentioned in the previous section. Broadly, there are three different ways in which we can improve approaches for estimating the probability of extreme events:

1. Improve the quality and quantity of available data

The most straightforward approach is to improve the data available with which to build our statistical models. Observation data from weather gauges provides the best source of data for many environmental processes. However, these data are often only available for up to thirty years and can contain gaps where we have no information (in fact, this is most likely to occur during extreme events, the very events we are trying to model). For other variables such as ground induced current (GIC), there are few current available data sets. Work by R&D UK in a collaboration with EDF R&D in France, is developing new sensors to better measure the intensity of GIC that occurs during space weather events. 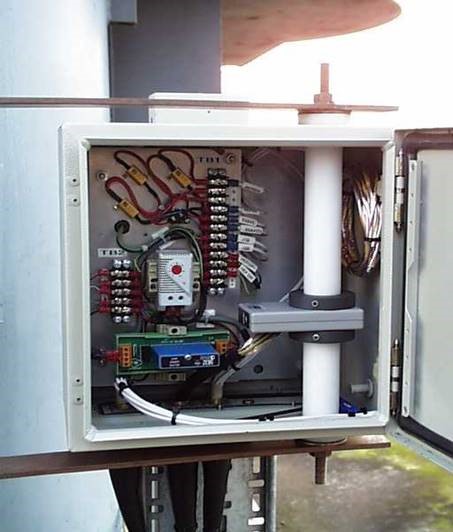 Figure 1: Image of a GIC sensor connected to the neutral of a transformer in the UK.

We have also been developing more advanced statistical approaches that make better use of already available data. One example of this is an approach called Regional Frequency Analysis which seeks to use data from multiple gauges to reduce the uncertainty in estimating return levels. Our group also took part in a PhD project with Lancaster University to develop a more advanced extreme value model for estimating the track and intensity of extra-tropical cyclones travelling across the Atlantic. Figure 2 shows a snapshot of a simulation from this model and the associated return frequencies for Storm Daria, which struck the UK on 25-26 January 1990. 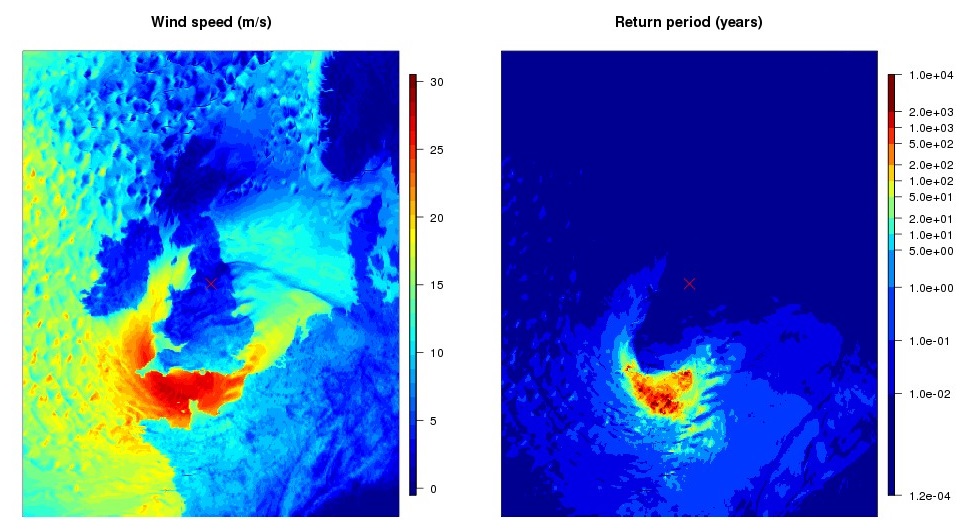 3. Incorporate additional information about physical constraints into our statistical models

All of this work is moving us towards the final goal of starting to incorporate more physical information into our extreme value models. This is an important step forward as many previous models are purely statistical; this can lead to situations where extrapolations are very large and increase above perceived physical limits. Our future direction is to better understand what physical limits there may be and build models with statistical and physical components. This is an ongoing area of research looking forward into 2018 and beyond.

As shown above, R&D UK is undertaking novel research in the area of Natural Hazards and the Environment. Alongside this, we are leading a £1M project to write and disseminate a set of technical guidance documents on the latest approaches to characterising a range of natural hazards for the energy industry as a whole. This project is being funded by the Energy Technologies Institute (ETI) and we are leading a consortium delivering this project in conjunction with the Met Office and Mott MacDonald. The final output of this project will be a set of ten technical guidance volumes on a range of natural hazards from extreme air temperature to marine ingress; these volumes will bridge the gap between purely academic research and purely engineer focused documents, such as building codes and standards. The volumes will also be supported by a set of case studies which will highlight how natural hazard characterisations can be undertaken at a range of different sites. The documents will be held as an ETI legacy document by the Institute of Mechanical Engineers and the Institute of Chemical Engineers.

Hugo is responsible for leading the UK R&D activity on natural hazards and the environment. His technical expertise concerns the use of statistical modesl to estimate the probability of extreme weather events such as floods, extreme winds and heatwaves as well as combinations of mutiple hazards.

Bringing chatbots to our businessChatbots: 3 years on, what have we learnt?

A drone research project run by EDF scientists, which could save the company millions in lost generation, has won Gover

Space heating represents the majority (60%) of the total domestic energy consumption in the UK, most of which is suppli